Tonderai quickened his step as he tried to keep pace with his grandmother, who was already almost ten metres ahead of him. It was past sunset and darkness was beginning to encroach. It had been a long hard day out in the fields, where his grandmother had been weeding the maize field while he literally played with mud under the musasa tree.
“ Fambisa iwe, uchadyiwa nemapere!” (Walk faster or you will be attacked by some hyenas), his grandmother shouted,

as she increased her pace like a nineteen-year-old girl. Mbuya Chando was fifty-nine years old but anyone seeing her walk would think that she was below forty. Life had been a bit unkind to Mbuya Chando and her only grandson. but she was not at all bitter. She, however, always wondered what she had done to offend the spirits or the Creator, or was it both? She had been a law-abiding citizen who had gone about her business of struggling to survive in rural Guruve, without giving anyone any trouble. She even regularly attended the local Salvation Army Church. When she had a few cents to spare she even paid in her dues to the church for the “extension of God’s kingdom”.

Mbuya Chando had got married when she had just become a young woman, coming from a family based deep in the Dande basin in the far north-western part of the country. She lost her husband when she was fifty. He was poisoned at a beer drink by Tembo who himself died in mysterious circumstances exactly two months after the death of Mbuya Chando’s husband. She had toiled on carrying her burden of loss with great dignity. After the funeral, and for a couple of weeks, good men from the village continued to come to her hut to do the manly chores for her, some of them in the hope that they might win her heart and permission to enter her bedroom, but to no avail. Even her husband’s younger brother, Maruza, had given up hope of taking over her late brother’s wife and moved on to settle in Kachuta, far away from the widowed woman. She was a stubborn little woman with no close relatives in the neighbourhood.

As if the loss was not heavy enough, her only child and son Tapera who was employed as a gardener in Harare died from AIDS two years after his father had gone. This time she felt that she could not bear it any more. She contemplated taking her own life until Tapera’s former girlfriend travelled all the way from Harare to dump Tonderai, then just two years old on her dusty doorstep. Tapera’s former girlfriend had found a new man who wanted to marry her and nobody else was able to look after Tonderai, not even the new-found man.

“Handichengete mwana wechikomba chako ini pano,””(I will not look after your former boyfriend’s son in my house,) he had declared.

As Mbuya Chando approached her homestead, she felt that it was a miracle that Tonderai had grown up now to a point where he was looking forward to going to school the following year. Tonderai was the main reason why Mbuya Chando had not proceeded to take her own life. A lot of people had not given Tonderai a chance. They had thought that he was also going to follow his father very soon, since they had suspected that he had contracted HIV/AIDS at birth. He was rather small for a two-year old, and under Mbuya Chando’s care, poor as she was, he had grown up to be a handsome little boy, a real replica of his father when he was that age.

Their homestead comprised of only two small huts standing proudly adjacent to each other, with a granary and a makeshift bathing shelter not too far away. The roofs for both huts were badly in need of attention. The roof for the one that she used as a bedroom was in worse condition than the kitchen. During the rainy season, water trickled through the dried grass and found its way inside. For her, it was more of a nuisance than a problem. There were more important things to worry about like food and next year’s school fees for Tonderai. Coming to think of it, Mbuya Chando felt that her son’s girlfriend had done her a great favour by dumping Tonderai on her doorstep. As she opened her creaking door, she wondered what could have happened, if Tonderai had not been around. Each time she saw Tonderai, she thought about her long-gone son Tapera. He had been a good son, despite what others said about him. As far as she was concerned, Tapera was not able to send money home, not because he was inconsiderate or irresponsible, but because he earned very little as a gardener. She was sure that if he had had a good salary, he would have been able to come home more often and send more money as well. This talk, that her son was promiscuous and a drunkard was a load of rubbish to her. Who knew her own son better than she? He was just unlucky that his girlfriend was not of good morals, she thought.

“Tora chikuni icho, m’zukuru”” (Please bring that log inside), – she asked Tonde as… she asked Tonde as she negotiated her way into the hut that she used as a kitchen, not because she had a bulky body. To the contrary, she carried a very small frame, but her door always gave her problems. It had almost come off its hinges through use and lack of basic maintenance.

As grandmother and grandson opened the door, they were confronted by yet another challenge. That of lighting up the fire and prepare their second and last meal for the day before retiring to bed.

The following day, Mbuya Chando followed her normal routines, working hard in her maize field throughout the whole day, under a blistering sun that seemed relentless in its distribution of heat. Just after sunset, the old woman with her grandson walked back home as usual. That evening, Mbuya Chando boiled the dried vegetables in water and at the same timeutilized  the last few drops of cooking oil that were left in the bottle. It was about 8.00 p.m. She still had a bit of mealie-meal to last her and her grandson another two weeks. With some of that, Mbuya Chando quickly prepared sadza for the two of them. Close to 9:00 p.m. the two together sprinkled some water onto the fire to ensure that it was completely dead.

“Let us go and sleep, m’zukuru (grandchild), tomorrow is going to be a long day because I did not do much today.””

Tonderai picked up their old paraffin lamp that was made from a used jam container and led the way to their bedroom a few metres away. As they approached the bedroom door, a strong wind gushed from the eastern direction and extinguished the light. There was no moonshine and the two moved slowly with caution to the door in pitch darkness.

“Why don’t you buy a better light than this, ambuya? Like the one Tendai’s parents have?”

“Where do you think I will get the money from, Tonde? Maybe one day when you start working, you will be able to buy your granny a better lamp.”

They managed to get inside the little round bedroom hut with fewer problems. The door to this hut, for some reason, had not suffered the same wear and tear as the one for the kitchen. It did not give any problems to either of them. Neither did it make any unnecessary noise at night. The old lady knew where the box of matches was located. In the pitch darkness, she found it and lit the old paraffin lamp once again.

Ambuya Chando took four thin blankets from a large black box and rolled two on the reed mat and placed a single pillow closer to Tonderai’s side of the sleeping area. It was not a cold night, so the two covering blankets would be adequate. As usual Ambuya Chando went down on her knees just before going to bed. On this day, she prayed:

“Dear heavenly Father, I thank you that I was able to see this day to its end in good health. I thank you for looking after Tonderai and your goodness to both of us. I pray that you look after both of us as we sleep here tonight. We look forward to tomorrow and hope that you will continue to guide us as we go about our daily chores. We ask that you intervene on our behalf, if there is anybody out there who may have evil thoughts against us. We ask you to forgive us for our sins. We ask this in the name of our Lord Jesus Christ.”

As Ambuya Chando turned to sleep beside her grandson, Tonderai, almost in a whisper, asked her:

The old woman had not been expecting this question from her beloved grandson. She had prayed in his presence on many occasions in the past, without any problems. She struggled hard to come up with an appropriate answer and was glad that it was dark and that Tonderai could not see the pain and confusion on her face. She was not convinced that she knew the answer herself.

She knew that she had not sounded convinced herself by this answer, but that is all she could offer as of then. In fact, it came straight from the minister’s sermon from a few months back.

“Why then did you say that I should go to school so that I can have a good job so that I will be able to buy a car and a big house in the city, if all those things are not important?”

“Tonderai, I am tired. Let me sleep. We can talk tomorrow”.

That night, she was unable to sleep very quickly. Tonderai was not in the habit of asking too many questions. What had happened to him, she wondered. Indeed, all her life she had grown up in poverty. Her own father never had any material possessions of note except five cattle and a very old plough that was no longer in use. Her late husband was a good man, but again like her father, he did not have much to his name by way of possessions. He had three cattle that had all, but one, perished in the drought, a year before his death. The cow had given birth to a calf only for the cow to die after eight months. Fortunately, the off-spring had gone on to give birth to one more calf and these two animals formed the main basis of their most valued possessions.

By the time she started dozing off, Tonderai was fast asleep. When she finally fell asleep, she had a frightening dream. In the dream, she was with her late husband ploughing the small field surrounding their homestead. Tonderai was in front leading the two cattle drawing the plough. Her husband was the one holding the plough. As they came towards the edge of the field a large black bird almost two metres high appeared from nowhere and attacked Tonderai. There was pandemonium as Tonderai struggled to escape from the monster bird.

“Muri kuchemei, mbuya?” (Why are you crying, grandma?”)

When she woke up, she was shaking like a reed in the river. She was also sweating a great deal, like someone suffering from malaria. Her heart was pounding at such a pace that she was finding it difficult to breathe. After a few seconds, she was relieved that it had only been a dream. She was still extremely uncomfortable because usually she was a good sleeper.

She did not sleep at all, after this encounter. 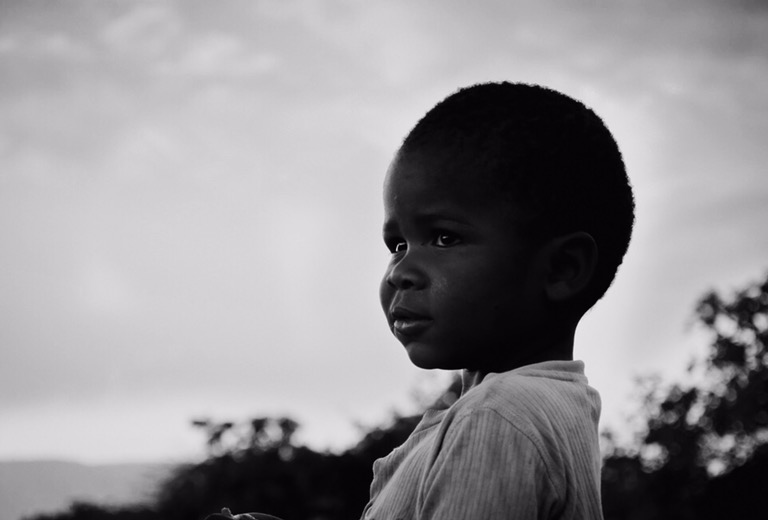